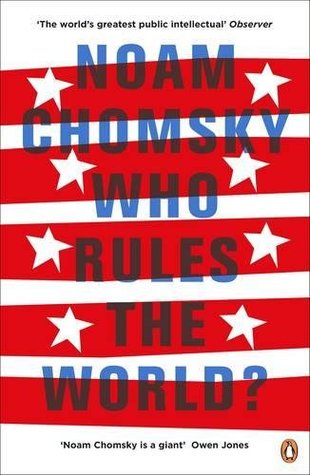 those that question power, what's going on, based on values- and are then demonized by those powers:

the values we are talking about e.g. "moral responsibility as decent human beings, in a position to use their privilege and status to advance the causes of freedom, justice, mercy, peace, and other such sentimental concerns"

versus the shills, and false prophets of the powers/state, providing cover for any/all misdeeds under cover of being "intellectuals":

the 2nd type of intellectuals, keyword=lierbal internationalist Trilateral Commission worried about the "excess of democracy"... when normally passive, apathetic parts of the population suddenly wanted to exercise their democractic rights to vote in thier interests- a group of people sometimes identified as "special interests" i.e. minorities, women, the young, the old, working people.

who are the "special interest" groups up against?

"They are to be distinguished from those whom Adam Smith called the “masters of mankind,” who are the “principal architects” of government policy and who pursue their “vile maxim”: “All for ourselves and nothing for other people.”"

Something interesting, and not surprising about how terms are thrown around depending on who's using them and against whom. We've heard the phrase "one person freedom fighter is another persons terrorist", and how intellectuals are referred to- either "values based" troublemakers (type1) or "responsible" bootlickers (type2)- follows the same pattern.

Other important events, dates in history:

US wars in Latin America​

An aspect of these wars, was as a war against the Catholic Church, to crush heresy proclaimed at Vatican II in 1962 (the heresy of liberation). In a nutshell, to reverse a previous era that had turned "the persecuted church" to a "persecuting church" under emporer Constantine. The heresy of Vatican II, taken up by Latin American bishops adopted the "preferential option for the poor".

"The School of the Americas", trained Latin American killers, announced the liberation theology of Vatican II was "defeated with the assistance of the US army".

1962 U.S. special forces mission to Colombia to take out "communist proponents"- the definition of which applied to the president of the Colombian Permenent Committee for Human Rights (Alfredo Vazquez Carrizosa). Quoting/Paraphrasing Carrizosa- Kennedy took great pains to change regular army into death squads, to make the military the "masters of the game" with the right to combat the "internal enemy" under the Brazilian, Argentine, Uruguayan and Colombian doctrines- i.e. the right to kill social workers, trade unionists, anyone who doesn't support the establishment, human rights activists.

Obama killed unarmed, no protection, Bin Laden in May 2011, where he could have apprehended him, and dumps him in the Sea. Murdered, body dumped, no autopsy. No trial. Even the Nazi war criminals had a trial.

Name of the Bin Laden murder operation? Operation Geronimo- name caused outrage in Mexico, protested by indigenous. The U.S. names its murder weapon after victims of its own crimes: Apache, Blackhawk, Cheyenne. Denial of "heinous sins" in some cases, explicit e.g. Colombus- came across 18+ million people, claimed only 1million, completely ignoring advanced civilizations, got ready to mow over these people and civilizations that didn't exist according to the books.

The point being, the intellectuals or people who wrote books, recorded history, barely made mention of any of these objective facts.

Nixons goal for installing Pinochet? To dissuade "foreigners [who] are out to screw us"- by taking over their own resources, and pursuing policies of independent development Washington might not like.

American's don't care about this first 9/11, why would they? Thank the "responsible intellectuals" for guarding this history well with their arguments and writings.